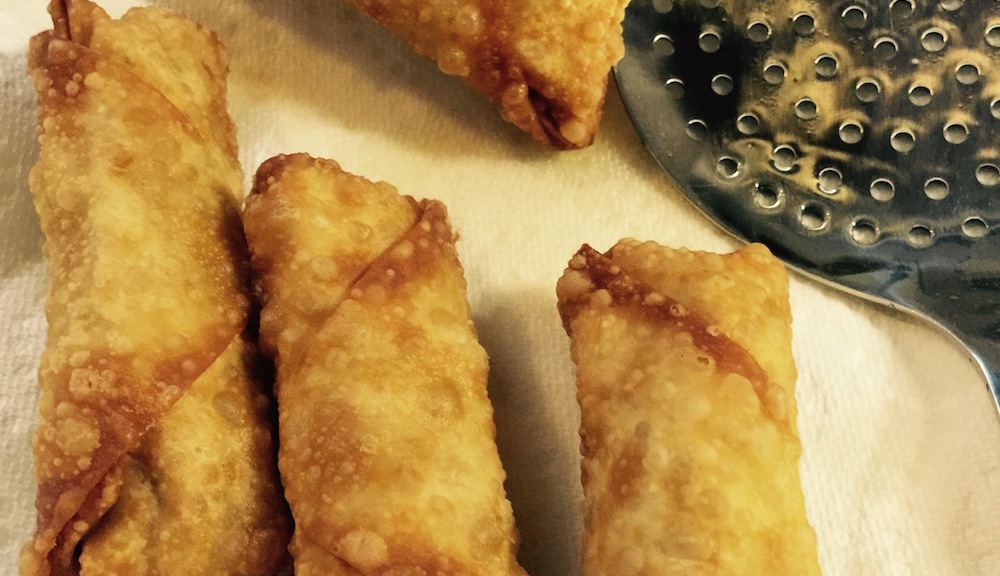 I wanted to make fried dumplings, but couldn’t find dumpling wrappers and didn’t want to fool around with cutting the egg roll wrappers into circles, so egg rolls it is. Not much different in ingredients or flavor from the other Asian-inspired pheasant dishes I’ve made, but I will be deep frying these, and that’s always a treat. I even went back and changed the title of the recipe to include the cooking method, just because “deep fried” is such a hook.

I find the big question about the vegetables in an egg roll to be how to wilt them so they still have crunch in the finished dish without being raw. The cabbage, I’m not worried about; it’s the carrots. Some people say to dump the just-cooked hot meat on top of them to wilt them, while others cite varying degrees of sautéing them. I’m going to throw them in with the ground meat after it is browned just for a minute and then cool it in the fridge before filling. Cooling/resting also allows the meat to absorb cooking juices, so that you don’t drain off more than you should. You don’t want a filling that makes the egg rolls soggy, but you don’t want it to be too dry either.

My rolling was maybe not as tight as it could have been if I had broken up the ground meat more in browning, but it was tight enough that the frying oil did not get inside, probably because I did not overfill them. Strips or shreds of meat would have been another choice for a less lumpy filling. I used more meat than vegetables in these egg rolls. You might like different proportions. 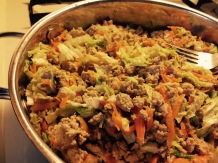 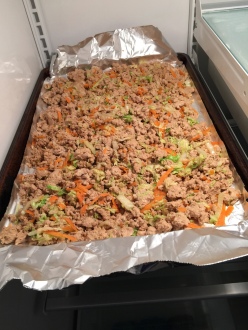 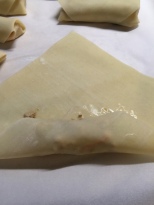 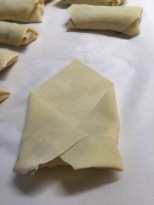 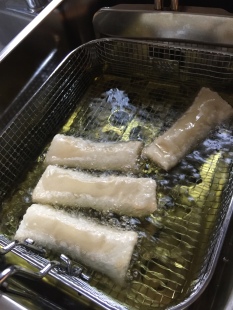 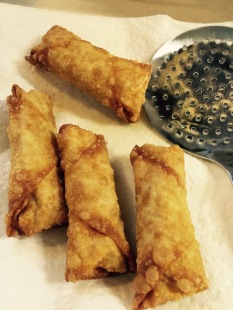 You are at my cooking blog. If looking for something else, check out the "My Blogs" list.