Another recipe from my old Joy of Cooking (1967), “Breast of Chicken Cockaigne” uses a small amount of both oil and butter in a quick simmer, then relies on a short rest in a covered pan to finish the cooking. If nothing else, it reminds cooks that a chicken breast is best when not overcooked. Why Cockaigne? Here’s what the authors say about it in the forward to the cookbook:

…in response to many requests from users of “The Joy” who ask “What are your favorites?,” we have added to some of our recipes the word “Cockaigne,” which signified in medieval times “a mythical land of peace and plenty,” and also happens to be the name of our country home.

The method is really a form of poaching in fat, with enough moisture created in the covered pan to keep the meat from browning and to keep the meat extra moist. If you love poached chicken, you must really try this one instead of the one where chicken is immersed in water. The one item missing from this method is seasoning, which I guess is not a mistake. Just be sure to use or offer seasoning on serving. I’m using the chicken in a pasta salad that you can see in the next post. 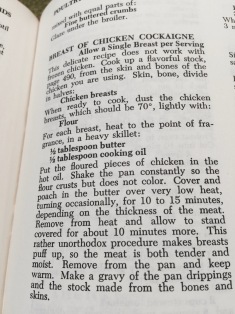 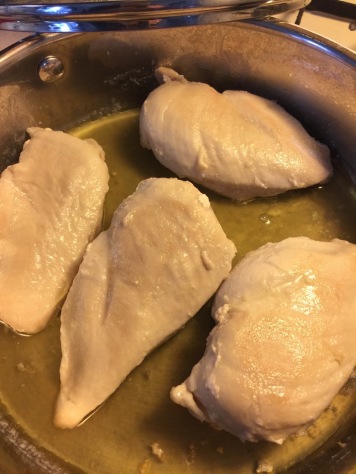 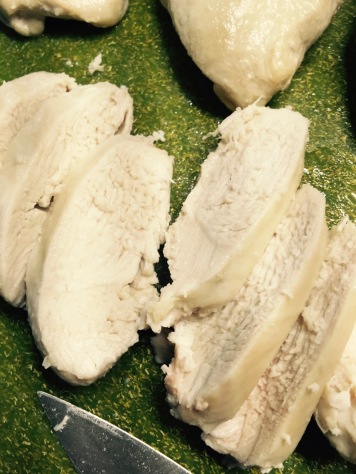 If you have some of the really large breasts being sold these days, increase the times as needed.

4 thoughts on “Breast of Chicken Cockaigne”