What are the chances that my roasted poblano peppers will behave and let me both peel and seed them and still remain in one piece to be stuffed? I know from experience that the chances are slim, which is why I showed you once how to fake it by laying the flattened pepper in a tortilla and rolling it around the stuffing. I’m going to stay optimistic this time, hoping they stay intact, but I’ll show the results, whether gorgeous or homely. The pepper concoction will still taste good, even if they aren’t pretty.

I really wanted to show off my new Lodge 12″ Cast Iron Skillet, which will allow me to cook the filling on the grill, too. In fact, I expect to make the entire dish on the grill, from first roasting the peppers to the last step of melting the cheese in them after stuffing.

Behold, the glorious stuffed poblanos. Note: the two Anaheim peppers are for other dishes. 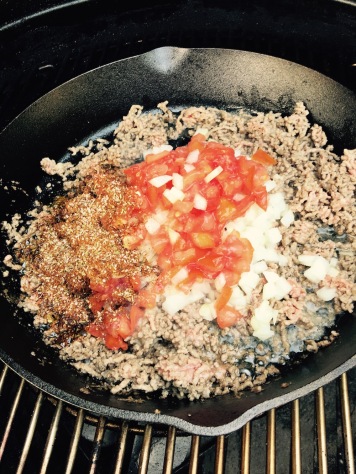 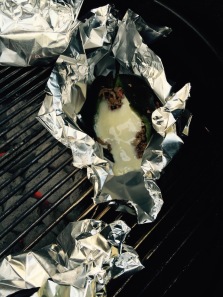 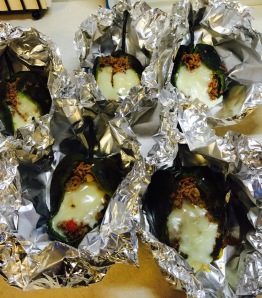 Set up grill for direct and indirect heat; I used charcoal baskets in the center, with plenty of indirect space around it. I used a high heat of 400°.

I served the peppers with a drizzle of sour cream/lime juice mixture and brown rice.