It started with the buttermilk dressing for the chickpea salad of the last post, but like all buttermilk recipes, one leads to another, because no one here wants to drink the stuff, so I have to use it up. Next I made my husband these nice Chocolate Buttermilk Muffins from Jen’s Favorite Cookies; they have a nice moist crumb and two kinds of chocolate. Luckily there are a few left for a photo: 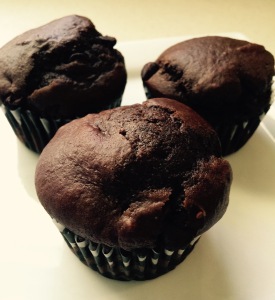 Today, I’m making some Soft 100% Whole Wheat Dinner Rolls from An Oregon Cottage to go with my Smothered Cube Steaks and gravy. It was just a matter of picking a recipe that made a gravy to sop up with the rolls. The only change I’m making to the recipe is using agave syrup instead of honey, and for that reason, I might lower the oven temp to 325° as agave can brown more quickly. I’m not reprinting the recipe, but here are a few thoughts on how it worked out:

Here are my working photos:

Agave instead of honey 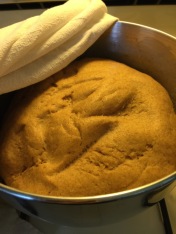 Cut and ready to shape 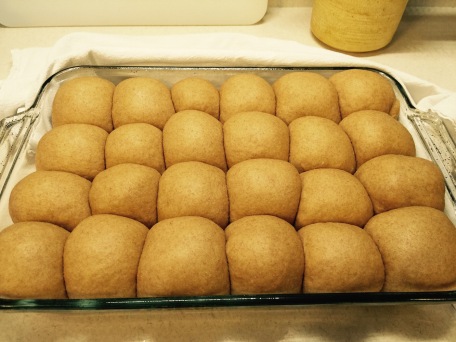 Risen and ready to bake

That still leaves enough buttermilk for at least one more dish and I’m considering some orange scones, or buttermilk pie, or maybe a lemon bar made with buttermilk. Whatever it is, I’ll post it.